The Pictures of My Voice 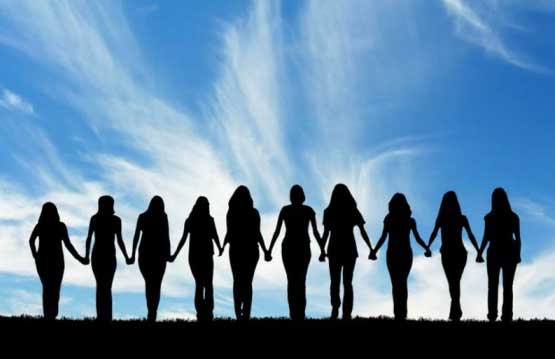 The images in the Safe Berks Photo Voice Project were created by Latina survivors of sexual violence. These artists used Photo Voice to capture and convey images about their individual experiences, and their community’s needs and strengths.

Eight Latina women participated in the Photo Voice Project at Safe Berks. They each received a digital camera, as well as photography instructions and advice from Danielle Reardon, a professional photographer. They created photographs to express their struggles and their survival, and each chose three photos to exhibit. The exhibit of 24 photos is titled, Los Retratos de Mi Voz – The Pictures of My Voice.

In addition to the photography, the Photo Voice Project included weekly group meetings, facilitated by Safe Berks staff members, including Mereliss Colon Ortiz, Director of Residential Services, Aleida Rodriguez, Assistant Director of Residential Services, and Letty Vazquez-Peña, MAP/RR Counselor/Advocate. During the meetings, the women shared their experiences and bonded with other Latina survivors. “It became a sisterhood,” said Mereliss. “They realized they were not alone.”

The Photo Voice Project was funded in 2016 by a grant from Raliance, a collaborative initiative dedicated to ending sexual violence in one generation.

The goal of the project is to improve Safe Berks services for Latina survivors, starting with a community needs assessment. Safe Berks staff worked closely with Dr. Chiara Sabina, Associate Professor of Women & Gender Studies at the University of Delaware, to design the survey and the Photo Voice Project.

“The Photo Voice Project was successful on many levels,” said Mary Kay Bernosky, Esq., Safe Berks CEO. “We provided in-depth services to eight Latina survivors. Those eight Latina survivors created this inspiring exhibit, which has been seen by people of different backgrounds. I think it is impossible to view these photos and not feel empathy for these courageous survivors. The Photo Voice Project has become a vehicle through which we can educate and empower people throughout Berks County; and at the same time, let them know we are here to help.” 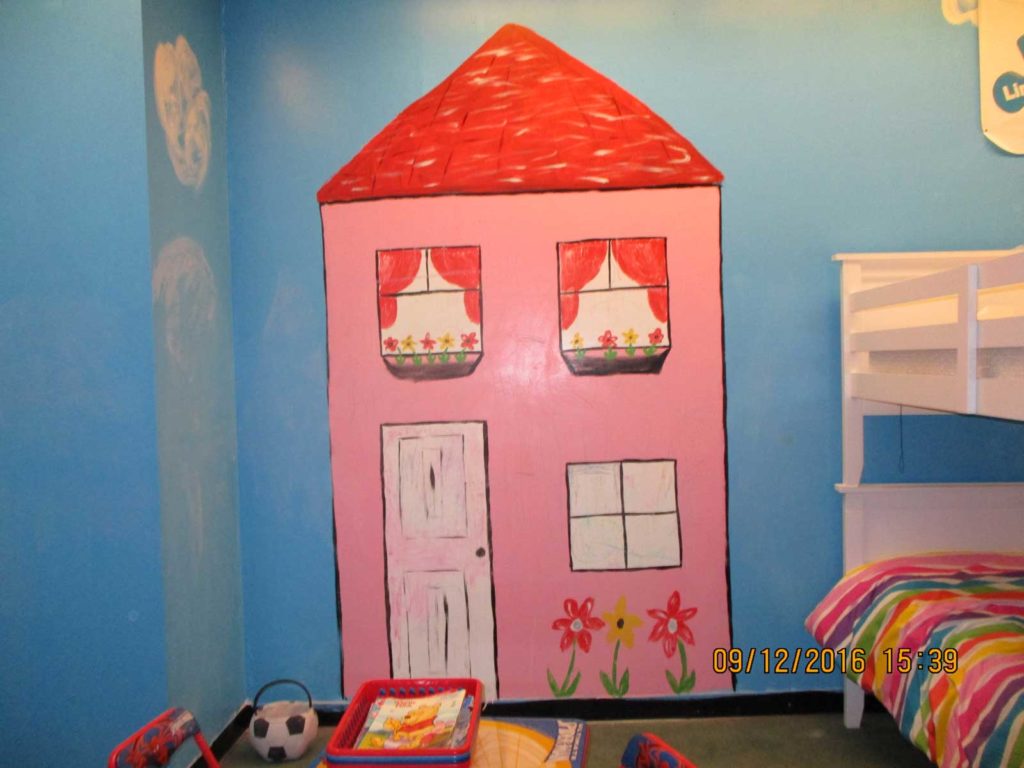 Because when we are physically and sexually abused we no longer have that innocence, that fantasy of dreaming and imagine a world of princesses and a whole life of the color of roses. Because without realizing in a single moment that rose-colored life becomes thorns that cause us much pain and much damage; we destroy our lives.

Why without children? Because when innocence is stolen, our confidence is stolen, we feel dirty, we feel abandoned, we do not trust anyone, because we are suspicious of all. There is not a night without nightmares and when it dawns, instead of waking up and saying “oh, it was a bad dream,” we realize that it is not like that; that our life is simply that, a long and eternal nightmare.

When the illusion and life recover 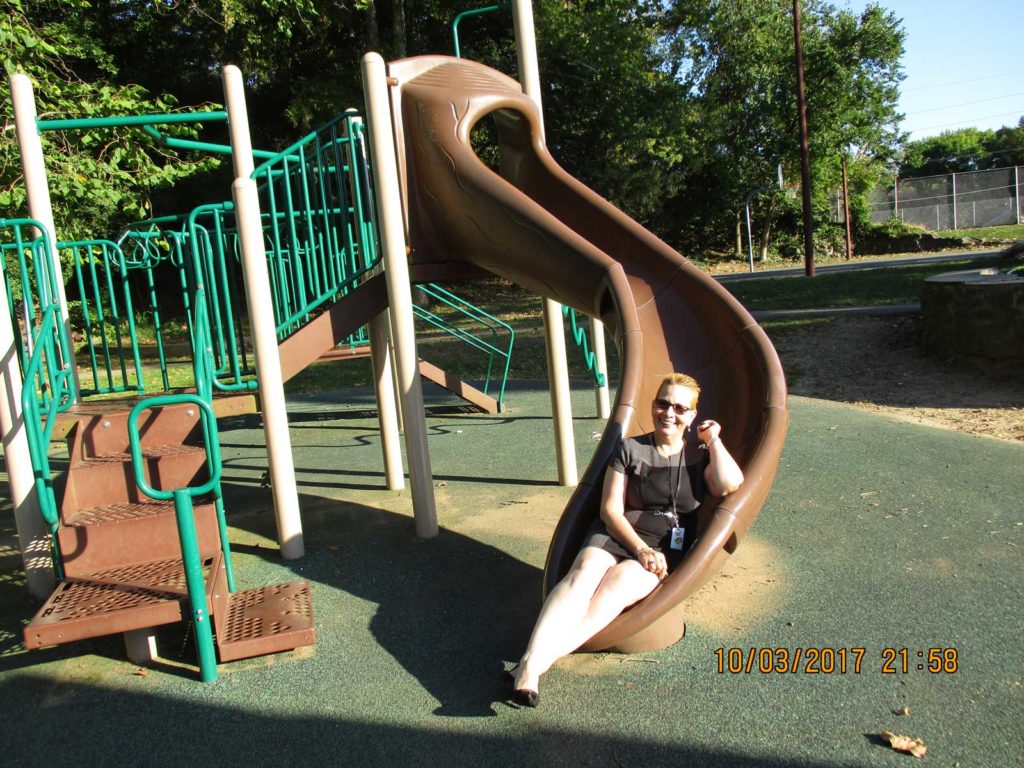 After so much suffering, so much pain, distrust in others; because those who were supposed to take care of us and protect us, were the ones who caused us so much pain. One day I realized, that I lost my youth, and a large part of my life, seeking an answer to a why. After many years of therapy I learned that I will never find an answer; I simply learned to keep going, to fight for what I want, to be happy, to enjoy every second that life has given me, not to let me win. I learned to live.

I was a teenage mother growing up in a city where teen pregnancy rates are high. I was told many times that I would not make it, and I made it.

The Journey has just begun 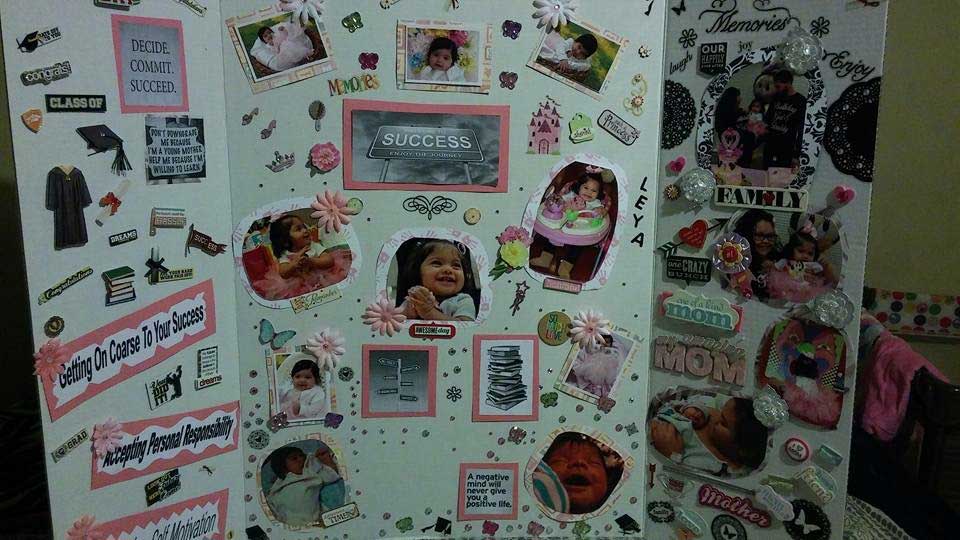 I always dreamed of my vision, one day I woke up, made a vision board and now my dreams are coming true. 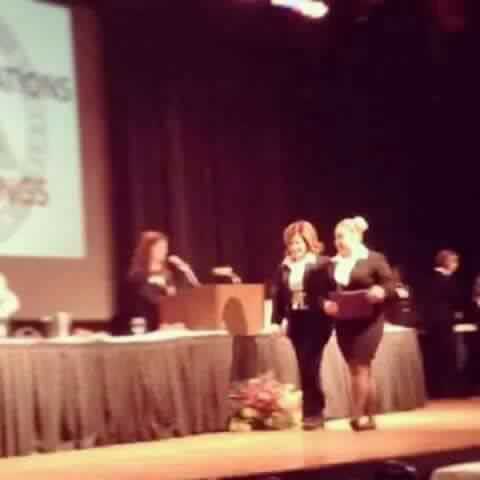 I never had a woman figure to look up to, but there was one person who was my hero. My hero was and always will be my nursing teacher who walked me across the stage to receive my awards at the competition. 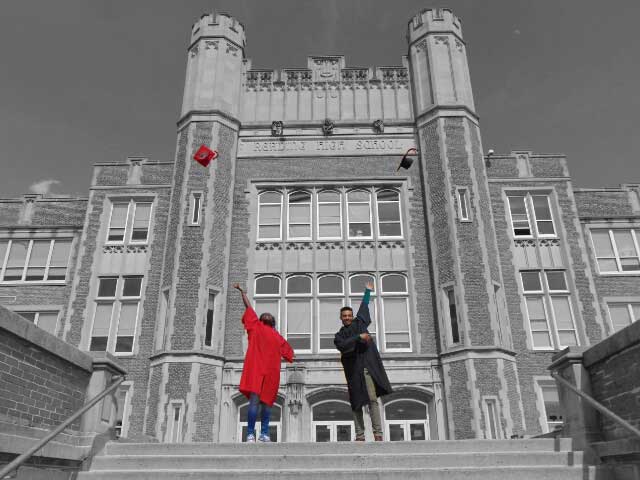 Represents one of the best moments of my life because my family is so proud of me and that was the first time in a while they felt that way. I was always disappointing everyone and that was the one moment where everyone was proud.

We all go through pain 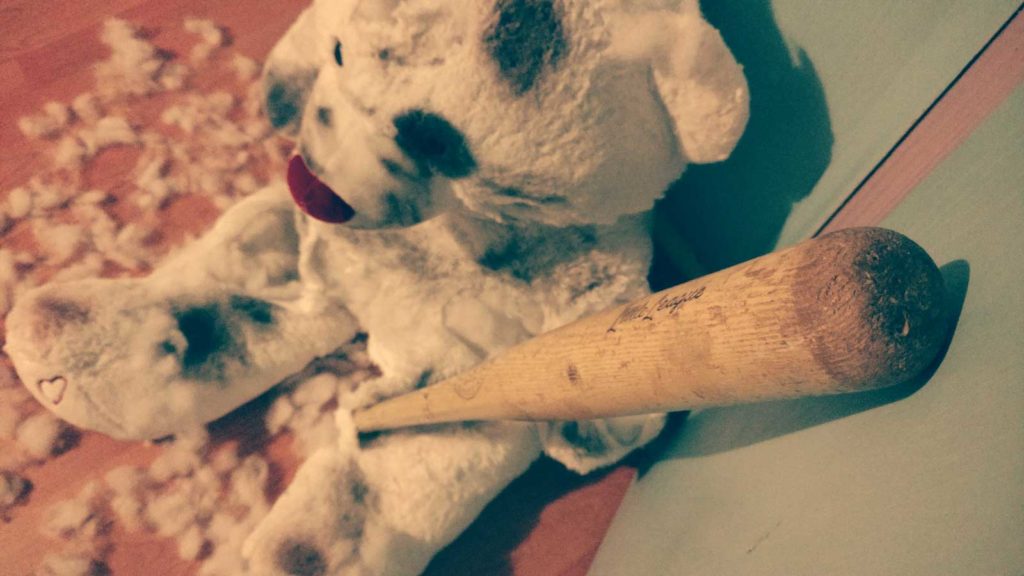 Represents a breakup that I went through but I wanted to represent more than that. Such as we all have good memories and moments but we all go through something that’s painful and we all have our struggles that we go through. I was dealing with mental abuse; negativity from friends and family to the point that I started to believe it. 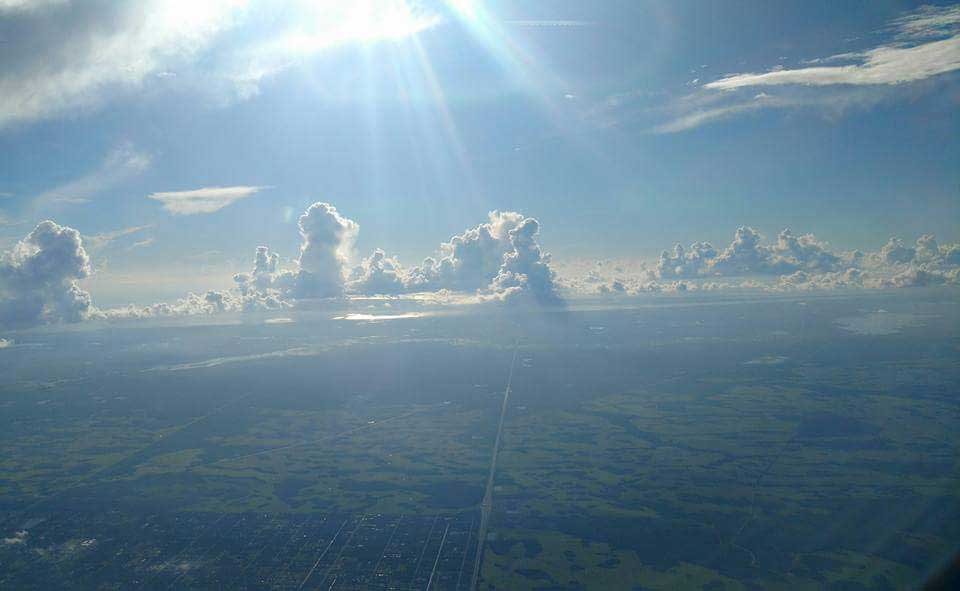 It was my first time going to Florida on my own and I felt so much freedom. I felt like I can do anything but this picture represents that things get better no matter what you are going through and you have to push yourself and stay positive because you can do anything you put your mind into.

My caterpillar time has expired.
My wings are ready 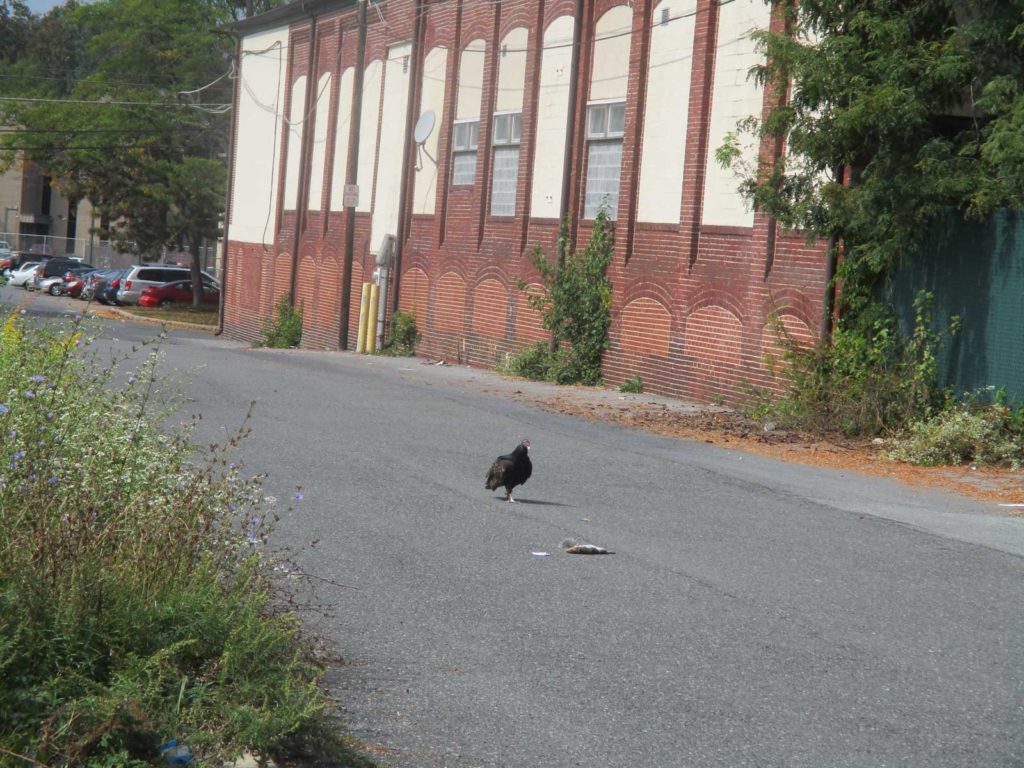 There are times when tribulations present themselves in our lives and we cannot avoid them. But they are there for some reason. Only when we have already overcome them do we understand why they were there. 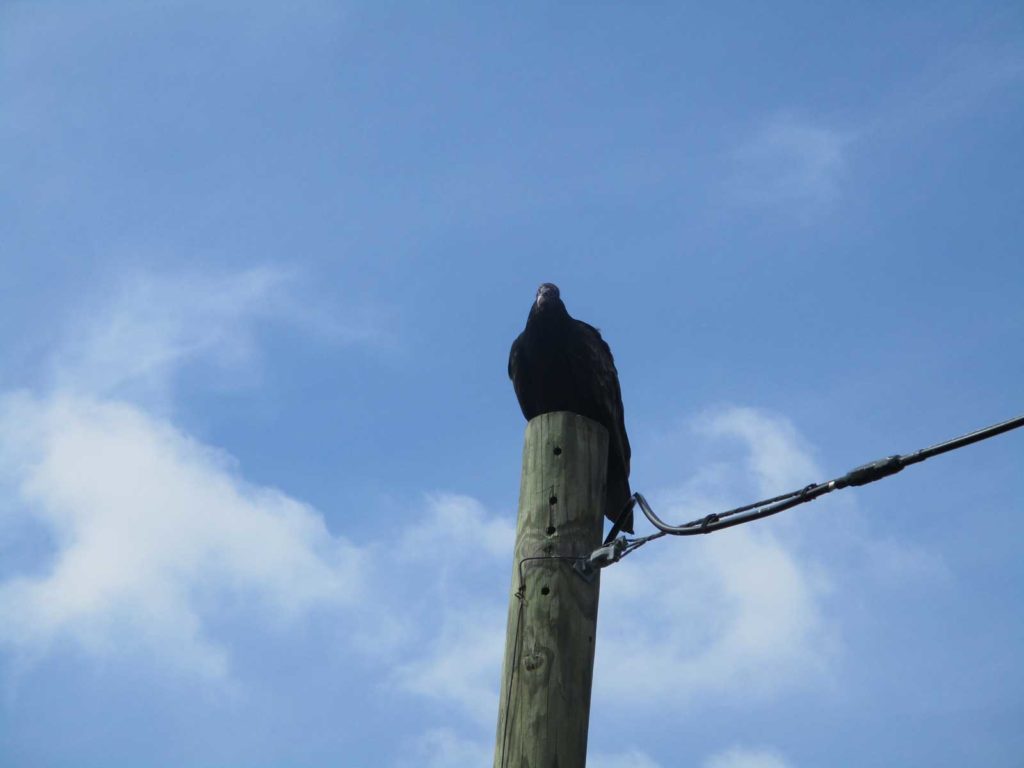 We do not choose difficult and painful situations, but we can decide to leave them and do it. 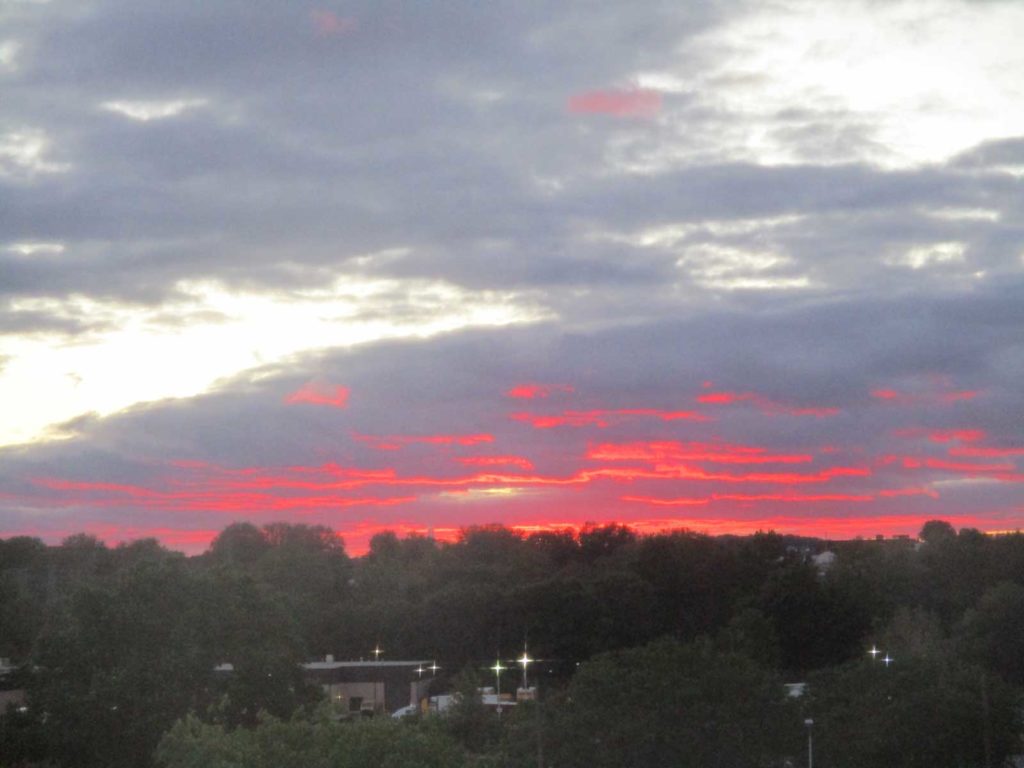 Although life hits us, there is no reason to leave everything there. We have to get up with the same enthusiasm as when we fell; and move forward with much desire.

Ready to open the door to complete unfinished dreams

Looking through the eyes of the future

The beginning of my dream in class 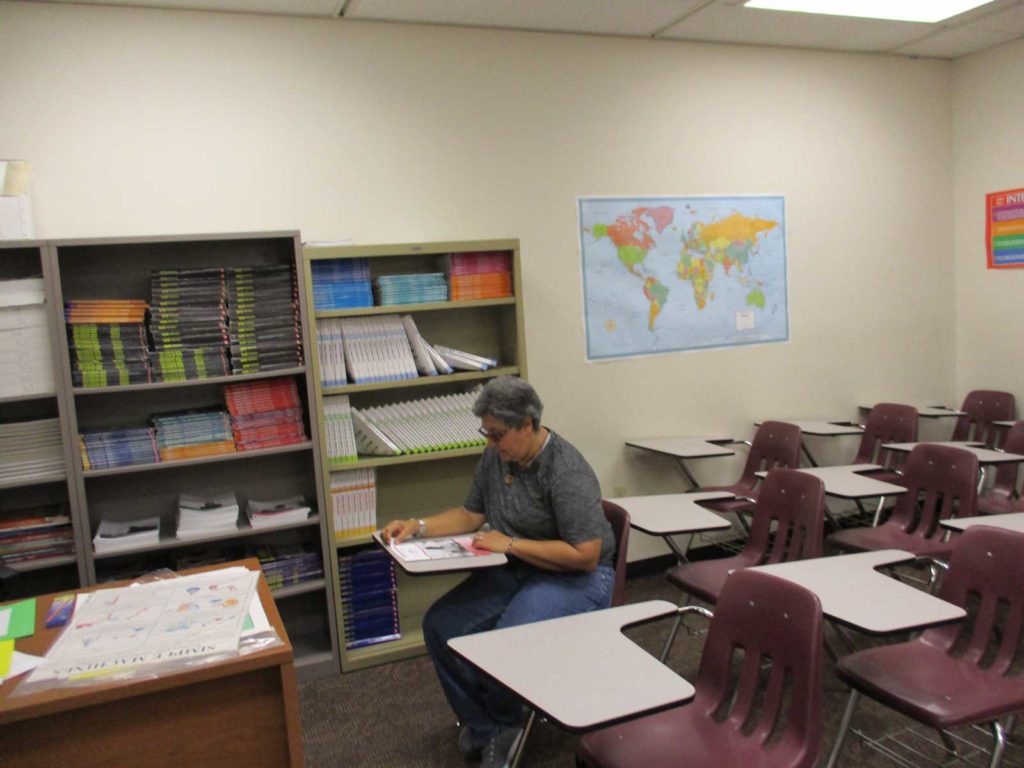 When things go wrong, as they sometimes will, when the road you’re trudging seems all up hill, when the funds are low and the debts are high, and you want to smile, but you have to sigh.

When care is pressing you down a bit, rest if you must, but don’t you quit. Life is queer with its twist and turns, as every one of us sometimes learns and many a failure turns about, when he might have won had he stuck it out; don’t give up though the pace seems slow, you may succeed with another blow.

Success is failure turned inside out, the silver tint of the clouds of doubts and you never can tell how close you are it may be near when it seems so far; so, stick to the fight when you’re hardest hit, it’s when things seem worst, that you must not quit.

The Odyssey that awaits you 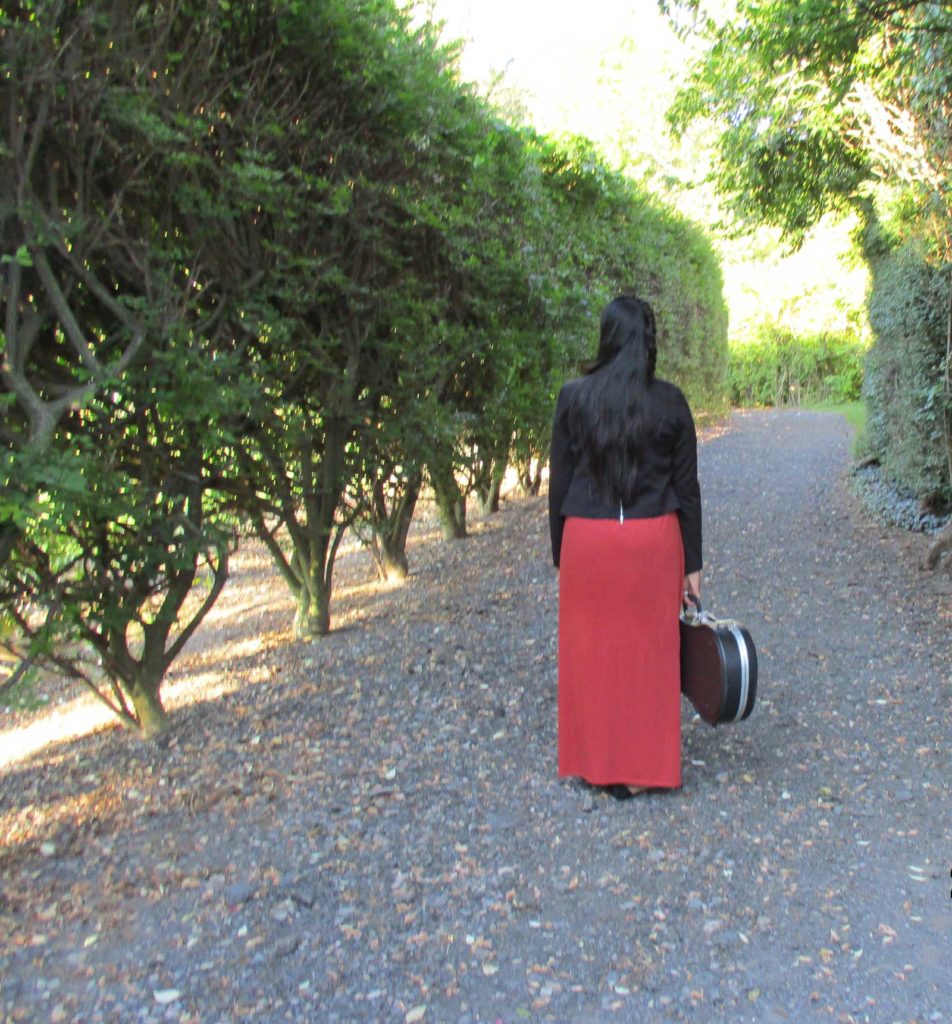 Nobody can go back and start over, but anyone can start today and create a new ending.

The Peace of music

Let’s not let the dreams get lost; because you are stronger than everything.

The mirror of the Soul

Trying to see the world through other eyes 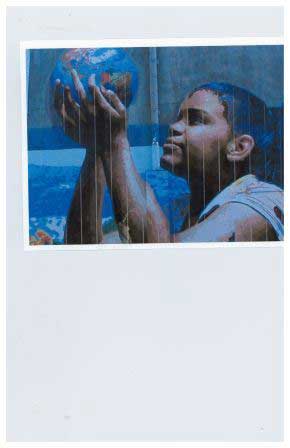 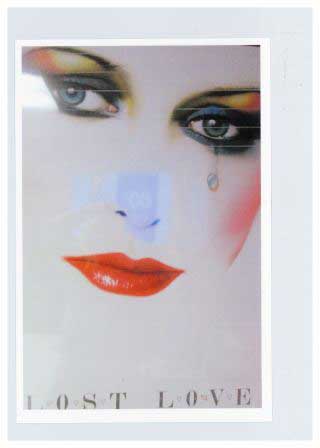 The reality hidden behind makeup but at the same time transforming a woman, who despite the adversities she has suffered, is becoming a strong and determined woman. 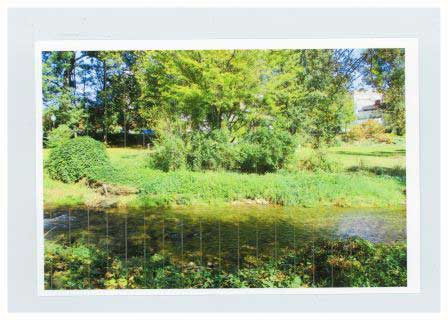 A place to breathe, to achieve spiritual peace, a personal connection with nature, where feelings can be expressed, throughout the place and the scenery. 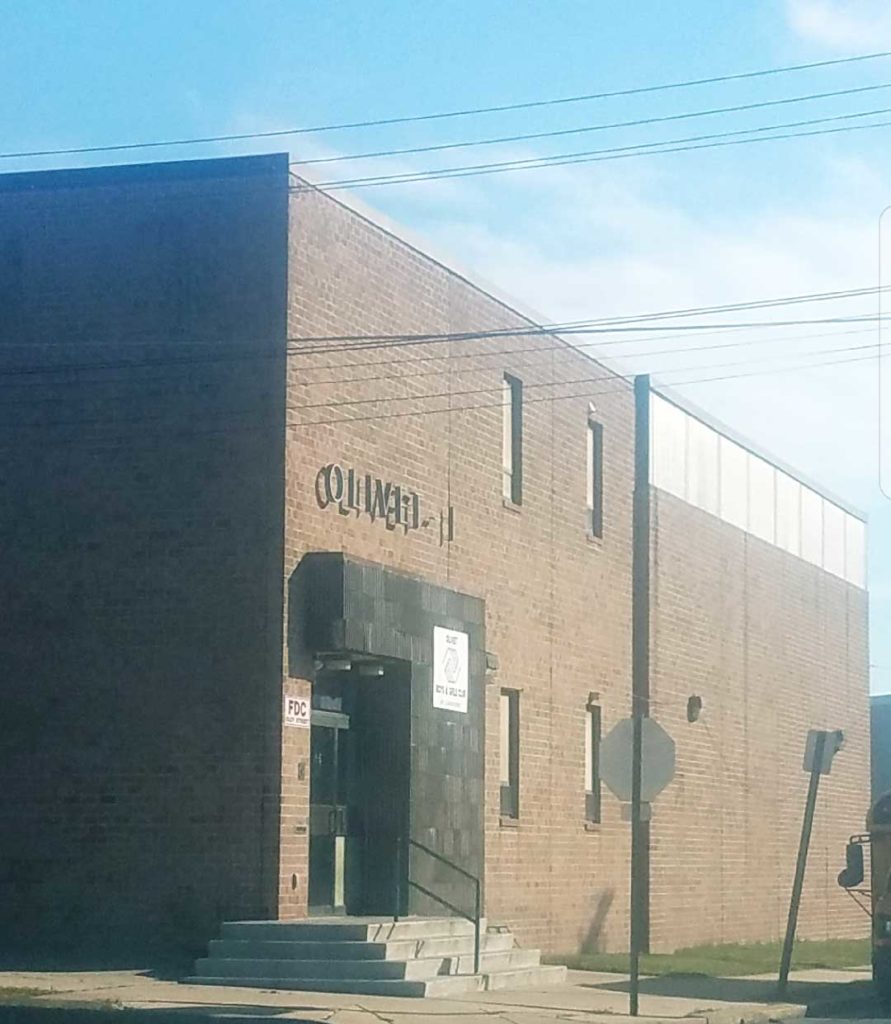 This is one of the many Olivet’s Boys and Girls Clubs in Reading, PA, Clinton Street. This is where most of my childhood was spent. Grateful for this place because it helped me discover my passions and hobbies. 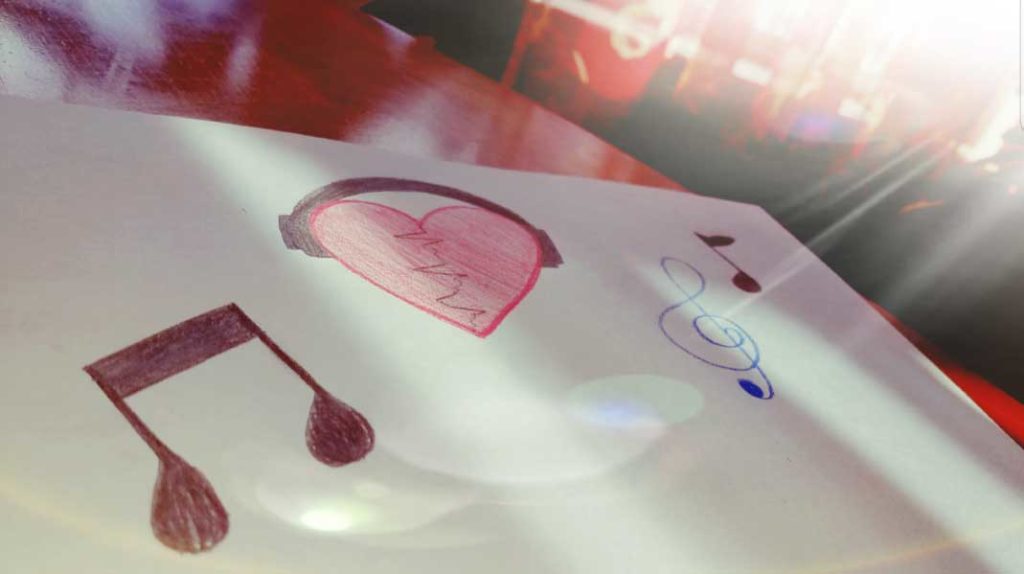 Two important things to me: music and art. Whenever I’m feeling overwhelmed or stressed, I turn to one of these to put my mind at ease.

With a new year coming, I’m ready and prepared to start a new journey of my life. 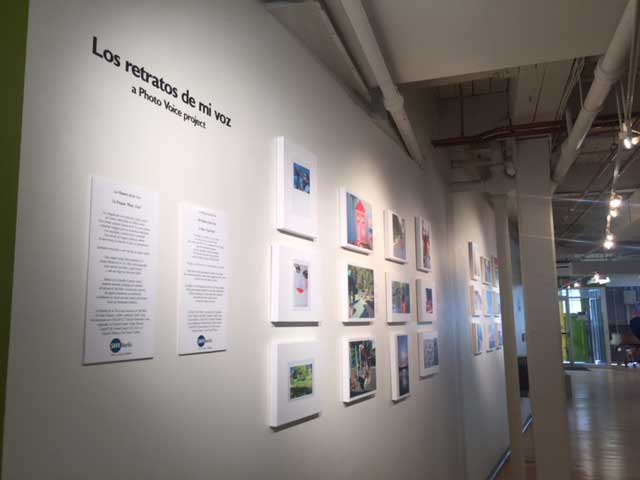 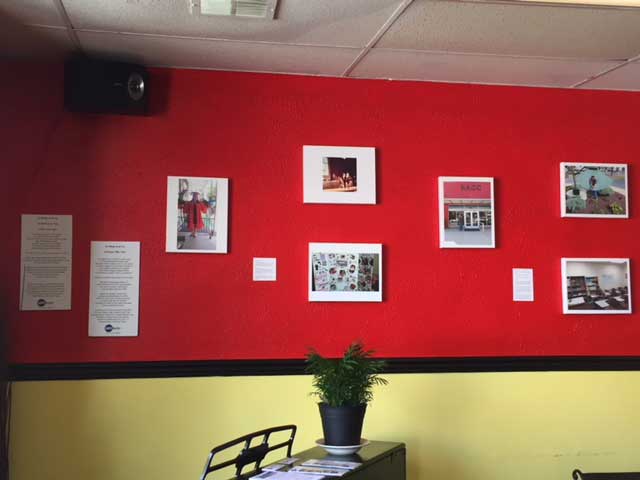 The current study focused on Latina women in Reading, PA to understand the extent of sexual violence and cultural correlates via a community survey as well as gain a qualitative understanding of the issues that were important to them.  Surveys were available in Spanish and English in several health and social service locations in Reading and 203 Latina women completed the survey.

Over half of the help-seeking community sample (53%) reported some form of sexual victimization in their lifetime. The most common form was unwanted sexual contact (37%) followed by child sexual abuse (33%), sexual coercion (30%), and rape (28%). The level of sexual violence in this sample was high as the sample was recruited primarily from health clinics which tend to show higher levels of violence than the general population. The sexual violence was largely perpetrated by relatives (23%), ex-spouses (20%), boyfriends/girlfriends (20%) and other known persons (21%). Interestingly, of those who met the survey definition of rape, 40% did not acknowledge rape when asked plainly if they were ever raped. Thus, as with many rape victims, there may not be an acknowledgement of the victimization events as rape. Many psychological problems were listed as a result of the sexual violence, with the most commonly endorsed being feeling mad or angry inside and being super-alert, watchful, or on guard.

The collective message sent from the Photo Voice process is that Latina victims seek to heal and recover from the violence, develop and use their voice, and meet those goals and aspirations which were put out of reach by the violence and trauma they endured. Put succinctly, they want to regain their lives. The process of healing has not been easy for them, but they have learned new skills and set their eyes on the future. This story of transcendence is remarkable and sets a high bar for service providers. Support and mental health services can contribute to this end, but other supports such as employment, education, development of healthy relationships, and positive uses of religion could enhance the process of personal growth and development.

We Are Here To Help You

Free 24-hour Hotline. Help available in English and Spanish.
844-789-SAFE
Red Flags of Abuse How We Help Email Us
Join Our Newsletter Sign Up